Everyone connected with Tamworth FC was saddened to hear of the passing of Graham Smith today. He died at his home in Cyprus where he has lived for a number of years. Graham is a Tamworth legend having led the club to FA Vase glory in 1989.

‘Graham was infectious… he loved, guided, encouraged, and brought out the best in everyone he met. Please celebrate with happiness and cherish the wonderful memories you shared with Graham.’

And that is what we do when we think of Graham. He brought so much joy to the club when he was appointed as manager in February 1987. The former Lambs, and Adders player moved from Dudley Town to take over at the club. Success on the field was almost immediate with the last five games of that season seeing a massive 34 goals scored with two astonishing 10-1 home victories against Brereton Social and Blakenall.

Graham then went on to take us to the FA Cup 1st Round with a tie away at Colchester United, and then the crowning glory of the FA Vase triumph in May 1989. Graham’s other honours included winning the West Midlands League title and the West Midlands League Cup. He departed the club in May 1991 and will always be remembered as one of the greatest managers in the history of Tamworth FC and a true legend.

RIP Graham and our love and prayers go to your family. 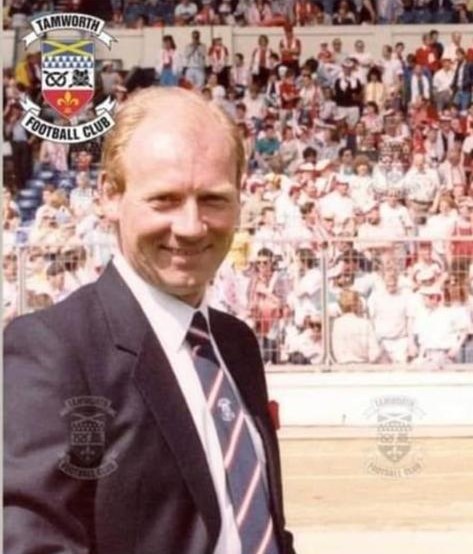