Andy joins on an 18 months contract ,with the first task to ensure Southern League Premier Central safety and then put the Lamb in a position to gain promotion to the National League North next season.

The 51 years old teacher has an excellent footballing pedigree both as a player and a manager. His footballing career started at Northampton Town and after his release from the Cobblers, and a short spell at Bedworth United, he joined Rushden Town which then became the newly formed Rushden and Diamonds in 1992. The formidable defender went on to remain at Nene Park for 5 ½ years making over 200 appearances scoring 1 goal.

After leaving Diamonds, Andy spent time with Raunds Town and Wealdstone, before a five year spell with Stamford. In 2005 he moved to Rugby Town, then Wellingborough Town in the summer of 2006. After obtaining his coaching badges he joined Long Buckby as assistant manager to former Diamond – Adie Mann. In January 2009, he joined Daventry Town, again as player/assistant manager, before taking up the managerial post at UCL side Northampton Spencer on 19 June 2009, while still coaching at the Diamonds Academy until its closure in 2011.

On 5 May 2012 Andy was announced as AFC Rushden & Diamonds Assistant Manager to Mark Starmer. He helped them to promotion in their first season, before taking up the role of caretaker manager on 19 March 2014, following the resignation of Starmer. He led the Diamonds to promotion from the UCL in 2015, and then up to lthe Southern League Premier Centrall at the end of the 2017-18 season. In the 2018/19 season Diamonds finished in 9th place and in the current season Diamonds are currently in the final play off position in 5th place.

Chairman Bob Andrews said of the appointment. “We had some very high calibre applications but Andy stood out as the person we believe that can take Tamworth forward to the next level. He has an excellent pedigree and we look forward to working with him.

Andy will start his new role on Thursday and we wish him every success with the Lambs. We hope to bring you an interview with Andy later in the week, so watch this space...... 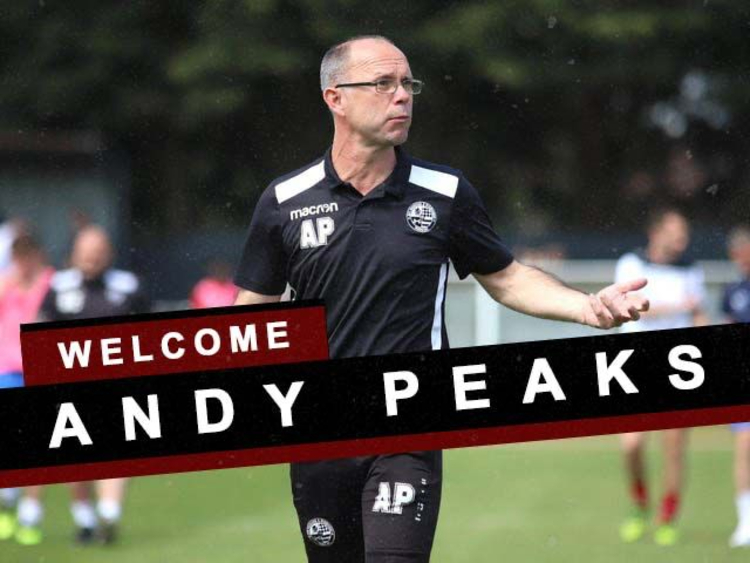