Tamworth FC are delighted to welcome Matthew Stenson, who signs on loan for a month from FC Halifax Town. 27 years old Matt joined boyhood club Coventry City’s academy aged eight, leaving when he was 15 and signing for a local side in Coventry before joining Hinckley United. With Hinckley United going out of business, Matt moved onto Barwell. With 20 goals in the bag, his impressive form earned him a move to Leamington In the National League North. After scoring 8 goals in just 12 appearances Solihull Moors came knocking and with it a move to full time football. He will be the first to admit that his opportunities at Solihull were limited, however, he enjoyed a successful spell on loan at Telford United. At the end of his contract he was delighted to get a move to Halifax. His campaign last season was hit by injury and Halifax are keen for Matt to get game time and we are delighted to welcome him to the Lamb.

Clearance has arrived from the FA in time for Matt to be involved at Biggleswade Town this evening. Matt is pictured below at Biggleswade before kick off. 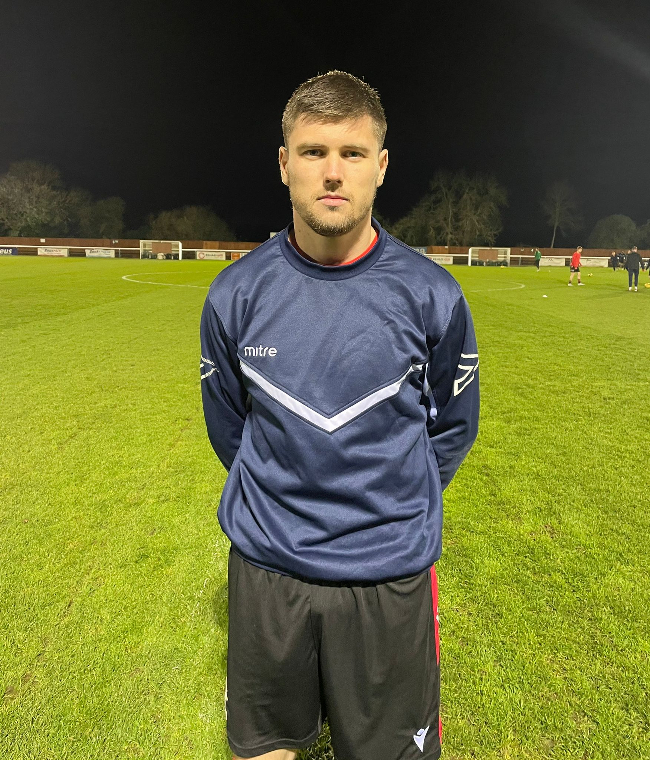