An 89th minute Tyrell Waite close range goal was enough to give the Lambs a much needed win at Barwell this afternoon. The game saw a first league appearance of the season for Charlie Shaw who gave an assured performance in midfield. Alex Jones made his debut as a second half substitute for Mikey Taylor and showed some deft touches.

Barwell were celebrating the first use of their new 3G facility and the club have made some excellent improvements to their ground. Just over 500 were at the game to witness the occasion.

Tamworth move up to 6th place in the table and with games in hand will be looking to maintain their improved form. You can read Dave Clayton’s match report here

Next up for the Lambs is a trip to Bromsgrove Sporting on Tuesday evening (KO 7.45) and then a long trek up to Colne next Saturday for the Buildbase FA Trophy First Round tie. 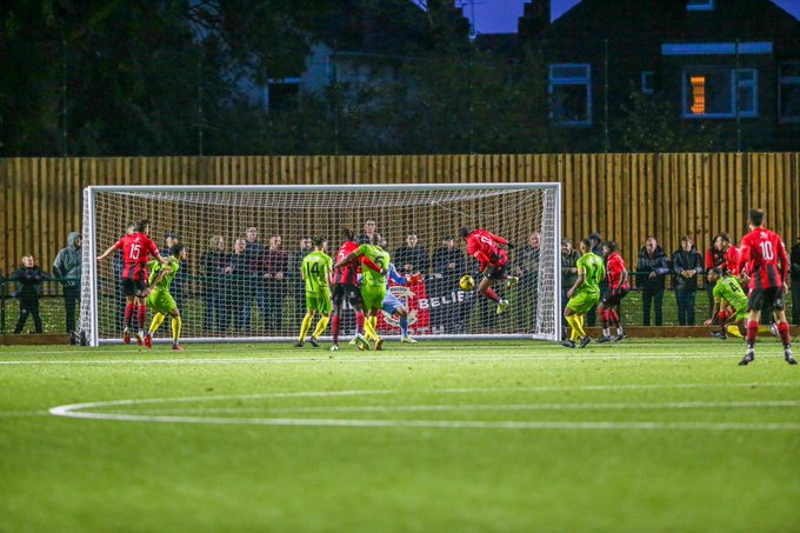