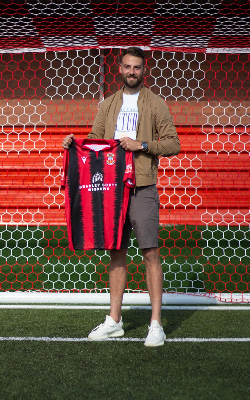 Three players who featured in Saturday's opening pre-season friendly against Bedworth have signed on for the Lambs.

First up is experienced central defender Tom Ward. The 6ft 5”, 31 year old defender, who featured as a second half substitute at number 12) having recently been at Kings Lynn and Grantham Town. Tom was a member of the Kings Lynn title winning side that lifted the National league North title in May 2020.

Tom started his career playing for his home club Sleaford, he progressed through Boston United Reserves and was given a senior deal ahead of the 2011-12 season. He went on to make 70 appearances, scoring six goals before moving on to Gainsborough Trinity and then, initially on loan, to St Albans.

He joined St Neots Town making his debut in November 2014 and went on to make 126 appearances scoring nine goals. Tom then enjoyed two spells each at Grantham Town and Kings Lynn, alternating between the clubs. In his second spell with Lynn he was a member of the team that lifted the National League North Title in 2020. Last season saw him playing at Grantham in the Northern Premier League Premier Division before the league was curtailed at the end of October.

The second addition to the sqaud is young prospect Prince Mancinelli. The 20 year old Italian midfielder has plied his trade at Basford United, Long Eaton United and Radford. Prince started the game on Saturday wearing number 4. 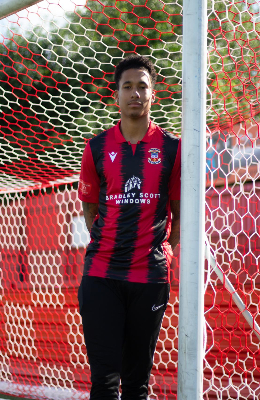 Thirdly, we welcome attacking midfileder Kevin Da Silva Bastos. The youngster started his playing career at Nottingham Forest before moving to Grantahm Town, Prior to joining up with the Lambs he had spells at Loughborough Dynamo and Newark FC (formerly Newark Flowserve). Kevin scored our goal on Saturday against Bedworth. 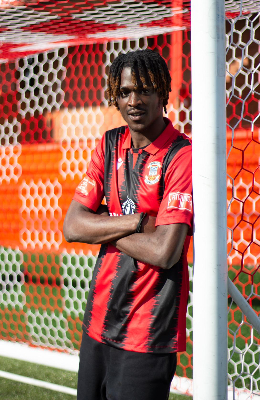