Talented young defender Lucas Yeomans, who joined the Lambs Academy from Derby County, has signed on for the first team. The 17 years old, who made a stand out debut at Royston Town in the FA Trophy last season, has impressed the management team who were keen to tie him down for the new season.

After the Royston game Joint Manager Gary Smith told Tom Scott, “I was so impressed with Lucas Yeomans, I think he’s going to be a tremendous player. "He’s everything that a quality player is: he’s brave, he’s fearless and he’s played 90 minutes against a very strong Royston Town first team and he didn’t look out of place. “I’ll be honest, he’s been showing that potential for a while. He’s been training with the first team, so we had no fear in him going out and playing in that position.

Great to have you on board Lucas! 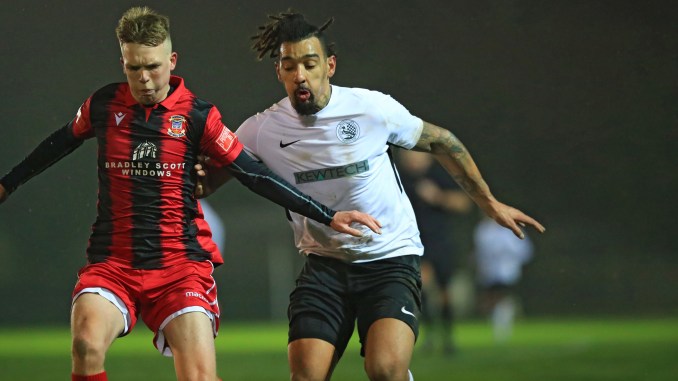