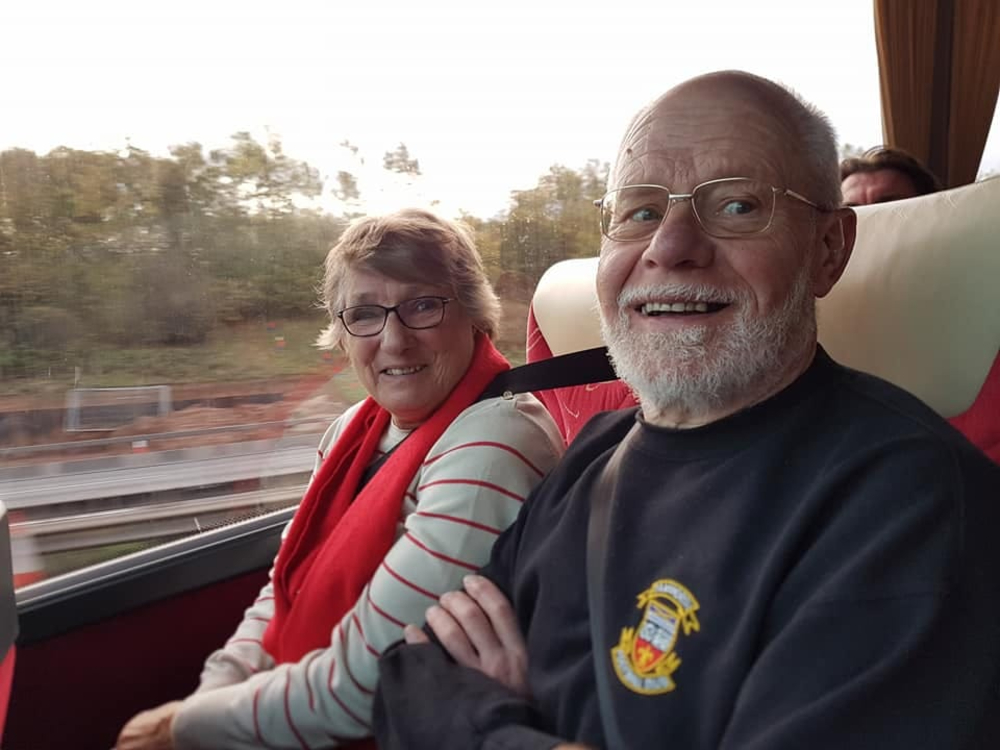 All at Tamworth FC are saddened to hear of the loss of Eric Clayton who died peacefully with his family at his bedside on Sunday evening. Eric was a dedicated fan and served many roles at Tamworth FC throughout his life and we send our love and prayers to his family at this sad time. His son Dave is the Tamworth FC press officer, and we asked him to pen a few words about his Dad and his association with the Lambs..

“Dad went down the lamb first in the early 70s after mum and Dad had moved to Tamworth before I was born when Mike Tongue was director and helped out a little before I came along in 1974.

Then when I was 14 we first went down together and had been virtually ever present since.

He was a shareholder, worked as a matchday steward, worked in the club shop, was on the supporters club committee from 1996 for a number of years, organised the supporters coaches for a many seasons including the trip to Everton in January 2012 and held a season ticket for over 30 years with mum joining him in the main stand for the last few years before lockdown kicked in.

He was diagnosed with dementia and vascular parkinsons a few years ago managing to come to games up until the first lockdown and had a pacemaker fitted in November.

His last trip out of the family home was to get his coronavirus vaccination in January and spent the last weeks of his life in a local nursing home. He passed away peacefully on Sunday evening, aged 80, with family present.”