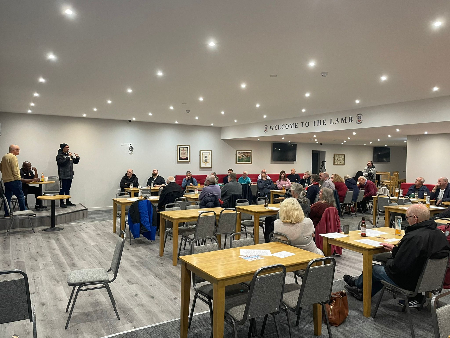 Tamworth FC Team Builder enjoyed a successful AGM in the Clubhouse on Wednesday evening with around 60 supporters attending the meeting. The outgoing committee were thanked for all their hard work in raising tens of thousands of pounds to support the management in the recruitment of players over a number of years. It was reported that the committee had recently been able to support the club with a gift of £10,000. This money had been raised from supporters who had given generously from their bank accounts in the form of standing orders or one off gifts, together with bucket collections at home games.

The committee had decided to stand down to make way for a younger generation of people to take over the mantle. The members leaving their positions were

The incoming members who were accepted by the people attending are

As part of the evening Mark Maybury hosted a Q&A with joint managers Gary Smith and Andrew Danylyszyn. They both spoke of the value that Team Builder plays in the recruitment of players. In addition they answered a range of questions about the current injury situation, their reasoning behind team selections and hopes for the season.

As soon as the new committee have settled in we will release their plans for taking Team Builder forward and the fundraising ideas they have planned.

On the evening Team Builder were delighted that donations came in totalling £760 and 3 new members committed to making regular standing order payments which will bring in a further £40 per month. If you wish to set up a standing order or make a one off gift then you can do so using the following details 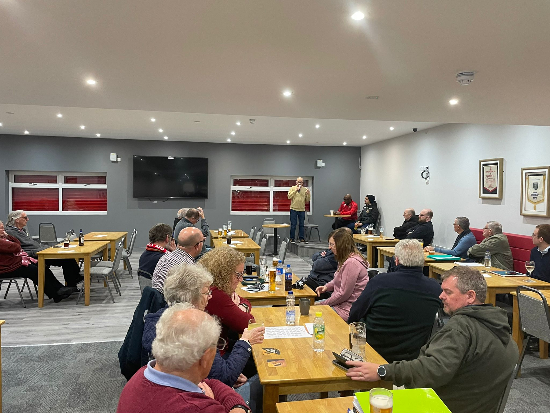